Are Recycled Clothes The Future Of Fashion? 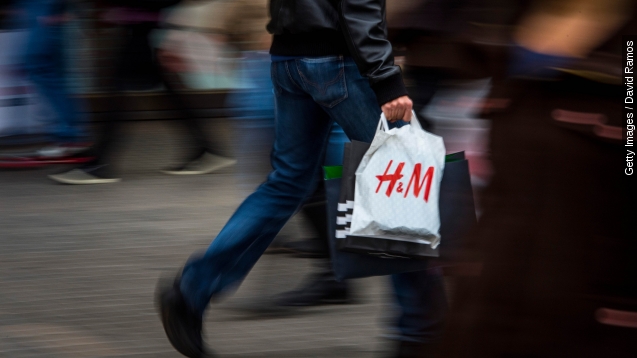 SMS
Are Recycled Clothes The Future Of Fashion?
By Katie Link
By Katie Link
August 25, 2015
Retail giant H&M announced it plans to find an easier way to recycle clothing. Could these types of clothes be the future of fashion?
SHOW TRANSCRIPT

The average American gets rid of 70 pounds of clothing and other household textiles every year. Most of that ends up in landfills.

Donating your unwanted items is a great option. But there's another form of clothing recycling — breaking down original textiles and reworking them into something new. (Video via Boer Group Holland)

Retail giant H&M announced plans Tuesday to offer a $1 million grant for winners of a challenge to create new techniques for recycling clothes. (Video via H&M)

H&M says it hopes to protect natural resources by "closing the loop for fashion." (Video via Lidem)

"Closing the loop" refers to the idea that clothes should stay in circulation for as long as possible to avoid ending up in landfills worldwide.

Critics have pointed fingers at "fast fashion" brands like H&M and Forever 21 for producing large quantities of clothes and selling them at a low cost. This, they say, creates a business model that encourages "landfill clothing." (Video via Forever 21)

"You see some products, and it's just garbage. It's just crap, and you sort of fold it up and you think, yeah, you're going to wear it Saturday night to your party — and then it's literally going to fall apart," said Simon Collins, dean of fashion at Parsons The New School for Design, during an interview with NPR.

H&M isn't the only brand working to transform your old pair of jeans or out-of-style coat into something shiny and new. (Video via H&M)

Take Madewell, for example. The younger, hipper version of J.Crew gives you $20 off a new pair of jeans if you bring in an old pair you don't wear anymore. Who knew your skinny-jeans-turned-way-too-skinny could be reincarnated as insulation? (Video via Madewell)

Something similar is happening over at Levi Strauss & Co, too. Customers can drop off any type of clean, dry clothing or shoes and receive 20 percent off their next in-store purchase. (Video via Levi Strauss & Co.)

A handful of other brands and retail stores are also doing their part. But will it catch on across the industry?

Maybe. But there are a couple of hurdles. For starters, shoppers like to buy new clothing — and often. Second, most clothes we wear today contain a blend of textiles, and those textiles are tough to separate to make a new product.

This video includes images from Getty Images and images by Jeff / CC BY 2.0 and Alan Light / CC BY 2.0.