Are Naps Good Or Bad For You? We'll Let You Sleep On It 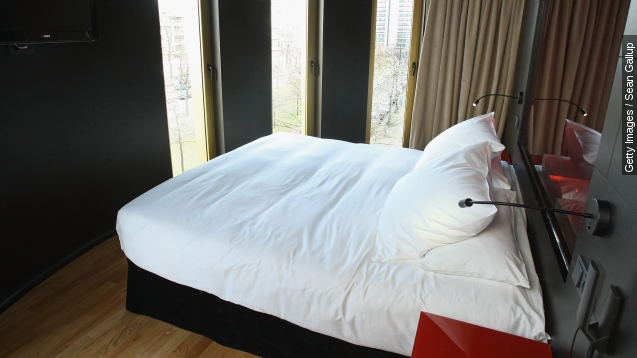 SMS
Are Naps Good Or Bad For You? We'll Let You Sleep On It
By Ryan Biek
By Ryan Biek
August 30, 2015
Depending on how you're wired and your lifestyle, naps can be necessary for your body or a sign of poor health.
SHOW TRANSCRIPT

It's 2 p.m., and your eyes are closing fast. But depending on who you are, naps can range from being just what the doctor ordered to a sign of an early death.

Some bodies really are wired for a midday snooze. Roughly 40 percent of Americans, in fact. One psychologist told Time, "For these people, skipping their nap is a huge productivity killer."

But always feeling tired at midday could be a sign of poor health.

A Cambridge study found those who regularly napped for more than an hour had a 32 percent greater risk of dying, with longer naps being tied most to respiratory disease.

On the other hand, new research presented at a European Society of Cardiology conference found naps may actually save your life.

Midday sleepers' blood pressures were roughly 5 percent lower than those who didn't nap. And while that might not seem like much, the lead researcher noted previous studies have found drops in blood pressure half that amount still reduce the risk of cardiovascular problems by as much as 10 percent.

Interestingly, the longer participants napped, the more their blood pressure dropped. Those who slept more than an hour benefited the most.

But experts say if you want to feel alert, shorter naps are better.

A 10 to 20 minute nap pays off the most. Any longer and your body falls into deep stages of sleep, making you groggy when you wake up. If you do take a longer nap, you'll need 90 minutes to complete the sleep cycle.

Everyone seems to need different amounts of sleep. But it's important to ask yourself why you're taking the nap.

For example, a Stanford University professor told The Wall Street Journal if you're dreaming during 20-minute naps, it doesn't mean you're a natural napper: You just need more sleep at night.