Are Lawmakers Coming Around On Encryption? 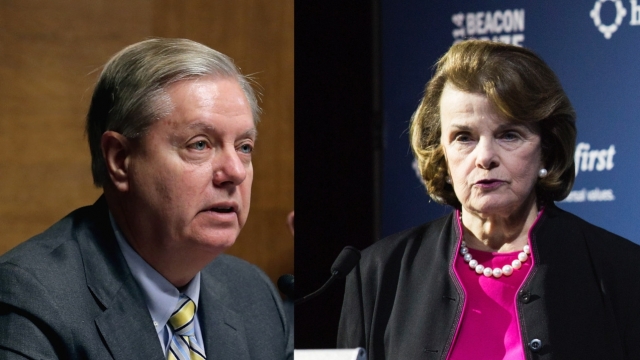 SMS
Are Lawmakers Coming Around On Encryption?
By Evan Thomas
By Evan Thomas
March 23, 2016
Many legislators are still using terror attacks as an excuse to push an anti-encryption agenda.
SHOW TRANSCRIPT

U.S. lawmakers are using the Brussels attacks to condemn encryption.

In his statement on Brussels, Rep. Adam Schiff, the top Democrat on the House Intelligence Committee, said: "We do not know yet what role, if any, encrypted communications played in these attacks. But we can be sure that terrorists will continue to use what they perceive to be the most secure means to plot their attacks."

Sen. Dianne Feinstein, vice chairman of the Senate Intelligence Committee, said, "We must use all the tools at our disposal to fight back."

Stop us if this sounds like the Paris alarmism all over again.

Even as recently as this month, The New York Times was emphasizing anonymous eyewitness reports that the attackers in Paris were using unfamiliar computer programs.

Fast-forward to today, and Sen. Feinstein is helping author a bill that would let the government impose civil penalties on tech companies that resist decryption orders in the way Apple is fighting the FBI right now.

And President Obama is urging nonspecific compromise on encryption.

"If, technologically, it is possible to make an impenetrable device or system, where the encryption is so strong that there's no key, or door, at all … how do we solve or disrupt a terrorist plot?" Obama asked.

It sounds bad for privacy advocates, but some progress is being made on Capitol Hill.

This week, lawmakers announced a bipartisan working group to find encryption solutions that give law enforcement what it needs without damaging technology companies "or the privacy and security that encryption provides for U.S. citizens."

And some former anti-crypto hawks are coming around, like Sen. Lindsey Graham.

"I thought it was that simple. I was all with you until I actually started getting briefed by the people in the intel community. I will say that I'm a person that's been moved by the arguments about the precedent we set and the damage we might be doing to our own national security," Graham said.

And then there's the FBI, which hit pause on its case with Apple because it might have found a way into the iPhone of one of the San Bernardino shooters without making Apple do it.

So, to answer the question from earlier: Yeah, they're learning a bit. And slowly. Yes, encryption is complicated. But it's also critical to the security of pretty much everyone's daily lives online. The precedent Apple's case could set will influence a lot more than just one smartphone.

This video includes clips from CNN, South By Southwest and the Office of Senator Lindsey Graham and images from Getty Images.