Are Khloe And Lamar Really Getting Back Together? 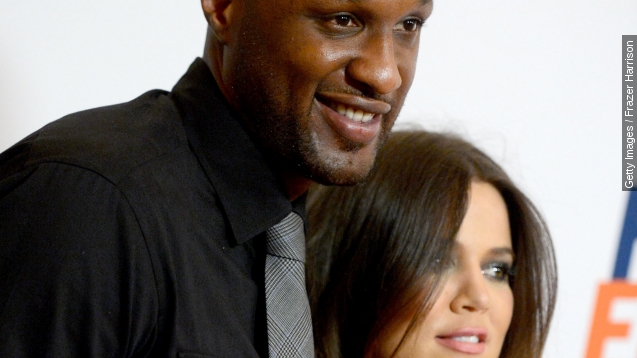 As a refresher, E! broke the news last week that although Odom and Kardashian had signed the divorce papers that were filed in July, the judge didn't. It was a jaw-dropping discovery on top of a scary story to learn the two are still married. (Video via E! / "Keeping Up with the Kardashians")

When it was reported Odom had been found unconscious at a legal Nevada brothel, Khloe, as well as several other Kardashian family members, traveled to Sunrise Hospital in Las Vegas to be by his side.

Kardashian has reportedly not left his side since she arrived. As Odom continued to fight for his life on a ventilator, dozens of reports started flooding the Internet with rumors that Kardashian had put her relationship with Houston Rockets player James Harden on hold. (Video via E! / "Keeping Up with the Kardashians")

Because if there is one thing Kardashian has made obvious since her split from Odom, it's that she still has very, very deep feelings for him.

Odom was transported from Las Vegas to LA on Monday night while he recovers. And even though he likely has months of rehab ahead of him, it's reassuring to know Khloe will likely be by his side through all of it. (Video via E! / "Keeping Up with the Kardashians")