Are Internet-Connected Cars Worth The Risk? 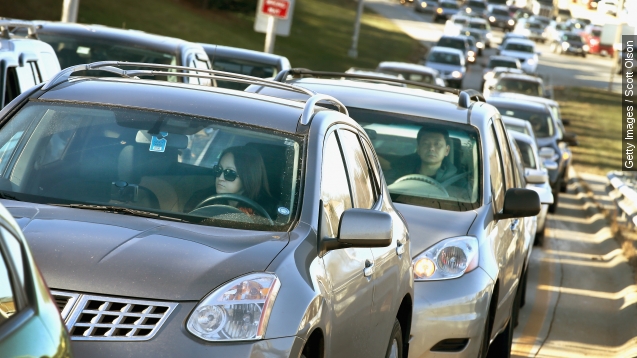 SMS
Are Internet-Connected Cars Worth The Risk?
By Ben Lawson
By Ben Lawson
August 11, 2015
With so many ways for cars to be hacked, is Internet connectivity even worth it?
SHOW TRANSCRIPT

Researchers have discovered yet another vulnerability that allows certain cars to be hacked.

This one was demonstrated on a 2013 Chevrolet Corvette. But the security flaw is actually found in a piece of hardware commonly used by insurance firms and transportation companies to monitor location, speed and efficiency.

The hackers from the University of California-San Diego sent carefully crafted SMS messages to the device that allowed them to control its driving components. They could manipulate its windshield wipers, locks and even brakes when driving at low speeds. (Video via YouTube / Mrlanrat)

This discovery is the latest in a string of stories about vulnerabilities in Tesla, General Motors and Jeep vehicles.

This isn't a problem specific to cars. Authorities say a hacker took control of an United Airlines flight via its onboard entertainment system back in May, although some dispute that claim. (Video via United Airlines)

Every company involved so far claims they've fixed the problem, and it doesn't look like a vehicle has ever been hacked outside of an experiment. (Videos via General Motors, Chrysler, Chevrolet and Tesla)

That fact aside, it's starting to feel like these companies forgot to worry about security in the rush to take advantage of Internet connectivity.

We've already got connected homes, watches and other gadgets, so it made total sense for automakers to add connectivity, too. Plus, cars with fancy Internet-connected systems probably sell better than ones with a basic CD player.

But with more connectivity comes potential holes for hackers to exploit. Every one of the vulnerabilities discovered so far have required unique methods to exploit and each gave a different degree of control to hackers. (Video via Wired)

But despite some huge potential, these flaws could be seen as a sign companies need to spend a bit more time beefing up their security.