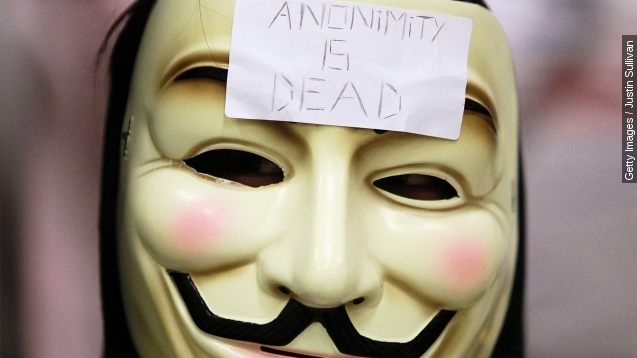 ISIS has responded to threats from the hacking collective Anonymous by calling the group "idiots."

A channel on the messaging app Telegram believed to belong to ISIS warned its members about Anonymous but also asked, "What they gonna hack?" (Video via YouTube / Daark Vador)

So far, Anonymous claims to have taken down thousands of Twitter accounts linked to ISIS members. It also said it plans to go after Syrian Internet Service Providers and the group's email and Web servers.

Foreign Policy reports hacktivists claimed to take down "149 Islamic State-linked websites and flagged roughly 101,000 Twitter accounts and 5,900 propaganda videos" just this year. But how effective is that?

ISIS has spread its propaganda through the Internet and social media accounts.

Charlie Winter, a researcher at counterextremism organization Quilliam Foundation, told The Independent in February taking those accounts down helps in stopping the spread of propaganda. (Video via Legatum Institute)

But new accounts can pop up in the place of old ones. (Video via Twitter)

And a cybersecurity expert told The Christian Science Monitor hacktivism efforts work best when coupled with government officials or law enforcement who can "go out and make arrests."

No government officials have said publicly they're working with hacktivists to fight ISIS after the most recent attack in Paris.