Are GQ's Style Icons Really Just Icons With A Bit Of Style? 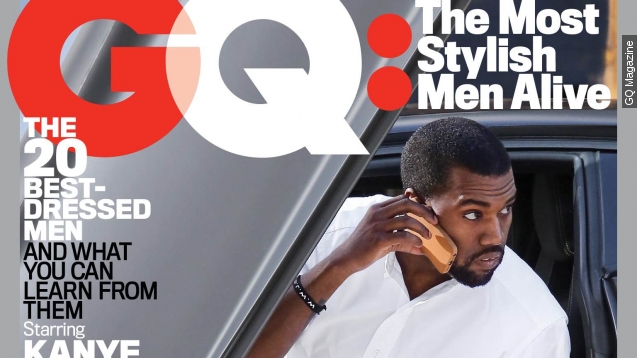 SMS
Are GQ's Style Icons Really Just Icons With A Bit Of Style?
By Ryan Biek
By Ryan Biek
June 23, 2015
GQ's list of the 20 Most Stylish Men Alive is full of names you likely already know, but should they be known for their fashion sense?
SHOW TRANSCRIPT

Did your favorite style icon make GQ's list of the 20 Most Stylish Men Alive?

The winners include Ryan Gosling and Kanye West, both of whom are on the covers of the issue dedicated to this list.

And other list members range from music star Pharrell Williams to soccer legend Cristiano Ronaldo and even young actor Jaden Smith. Do you think dad Will Smith was proud, or a little upset he wasn't the one picked?

Now you might be asking how these 20 men were picked. Apparently, it was pretty scientific.

"They even had a several-hour debate over Jared Leto's hair –– the length, whether up in the man bun or down with the ombre effect," Lara Spencer of ABC said.

Jokes aside, this list could be pretty telling of the state of men's fashion.

The Telegraph made the point at the end of last year that while women often eagerly await the next runway looks, if men have any interest at all in clothes, it's often toward people famous for their exploits outside of the fashion industry –– namely athletes and movie stars.

Their article actually called out three of GQ's current winners for having a lackluster fashion sense at best. But how progressive can a men's fashion icon really be?

Even if many men don't care about fashion, would they read a magazine praising clothes too far out of their comfort zone? Not surprisingly, the images on GQ's page features the winners in mostly in suits, denim jackets and T-shirts.

Contrast this to a women's ranking –– like Glamour's from 2014. Many of the celebs listed are women famous specifically for their fashion sense, such as models Jourdan Dunn and Rosie Huntington Whiteley. And featured outfits are more cutting-edge, even borrowing from men's fashion.

But perhaps even possible critics of this list can commend GQ's efforts to get more men interested in fashion. Apparently it's working. The magazine's reported total audience sits at almost 7 million people.