Are Female Bosses More Likely To Be Depressed? 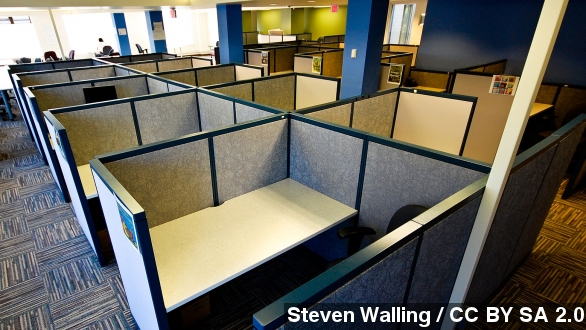 SMS
Are Female Bosses More Likely To Be Depressed?
By Erik Shute
By Erik Shute
November 24, 2014
A new study links greater authority with increased depressive symptoms among women in the workplace.
SHOW TRANSCRIPT

Raises, promotions, authority — all reasons for moving up in the workplace, but are these goals a hidden stressor for women?

The truth is authority, like the ability to hire and fire or set salaries, might add stress to anyone's workday. However, a study conducted by the University of Texas found "Exercising job authority exposes women to chronic interpersonal stressors that undermine the health benefits of job authority."

In other words, the conflict of, say, firing someone contributes to depression symptoms in high-ranking women. Of course, the same feelings were found in men as well, but the study concluded as men grew in their authoritative positions, depression decreased instead.

The study focused on a group of adults toward the end of their careers. The group included 1,300 men and 1,500 women.

Researchers surveyed the group in 1993 when all participants were age 54 and again in 2004 when they reached the retirement age of 65. The Washington Post notes the subjects weren't given a clinical exam for depression, but rather they answered questions linked to depression, like "How many days did you feel depressed this week?"

"Women in authority positions are viewed as lacking the assertiveness and confidence of strong leaders. But when these women display such characteristics, they are judged negatively for being unfeminine. This contributes to chronic stress."

Another reason cited in the study: Internal conflict brought on by executing authority is amplified in women. But a writer for Jezebel says the ability to exercise that authority isn't the root problem.

"Obviously women can handle the authority and are willing to sacrifice some mental wellness for it. It seems the same social stigma that women overcome in order to attain positions of power can still stand in women's way when it comes to mental health."

Researchers published their findings in the Journal of Health and Social Behavior. Going forward, the study suggests leaders in the workplace environment should address the "gender discrimination, hostility, and prejudice against women leaders."