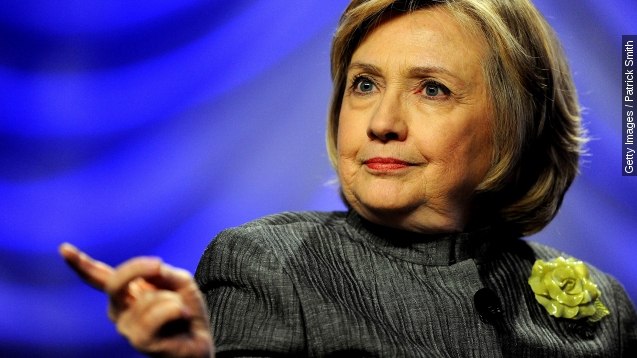 SMS
Are Clinton's Accent Changes Purposeful Or Subconscious?
By Kate Grumke
By Kate Grumke
June 5, 2015
Hillary Clinton's shifting accents when speaking to supporters has been the cause of raised eyebrows over the years.
SHOW TRANSCRIPT

When Hillary Clinton speaks, it's usually with a fairly midwestern sounding, politician's accent. Which makes sense — she is from Illinois originally, and a politician.

"American families have basically done whatever it took to make it work," Clinton said.

But Clinton's accent has come under scrutiny multiple times. The changes usually aren't as overt as this clip that drew criticism in 2007.

Or even this speech after Clinton won Puerto Rico in the 2008 primaries.

"I'm aware I may not be the youngest candidate in this race, but I have one big advantage: I've been coloring my hair for years," Clinton said.

She seemed to slip in and out of a southern drawl during a campaign stop in Columbia, South Carolina.

She is married to a southerner, which might account for the accent change. But some hinted at a more sinister motivation.

"Clinton is being mocked for putting on a Southern accent," Al Jazeera reported.

Maybe she was pandering, or maybe she was actually unaware of it. New York Magazine points out, "More than a decade of research ...  has shown that people like you more when you start to talk like them ... There's also evidence that people mimic speech and behavior patterns when they're trying to convey a particular message."

Whichever it was, you can be sure the next time Clinton is campaigning in the South, people will be listening closely to her accent.