Are A Few Cups Of Coffee Just As Good As Viagra? 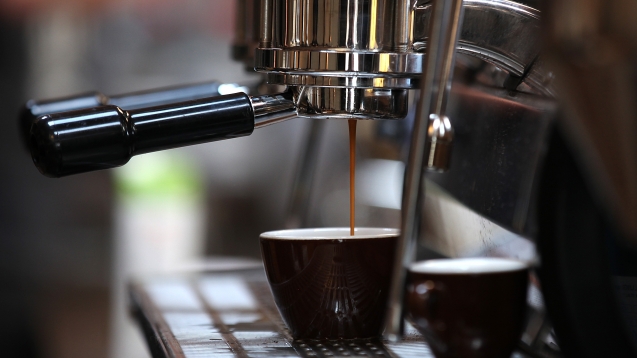 SMS
Are A Few Cups Of Coffee Just As Good As Viagra?
By Matt Patston
By Matt Patston
May 22, 2015
A recent study linked higher caffeine consumption with reduced risk for erectile dysfunction. So men, go grab some coffee.
SHOW TRANSCRIPT

Sometimes science brings us good news. Case in point: A study from the University of Texas-Houston suggests that a strong cup of coffee can have a positive effect on men's sexual potency.

The study, which was published in April, linked higher caffeine intake in American males with a reduced risk in erectile dysfunction. Men who consumed between 85 and 170 milligrams of caffeine per day were 42 percent less likely to report ED.

Participants in the study consumed caffeine in various ways, including energy drinks and soda, but coffee seems to be making all the headlines, perhaps because of its higher concentration of caffeine.

The optimal amount of caffeine, according to the study, translates to two to three cups of coffee per day. Men who consumed more than 170 milligrams reported higher levels of ED.

The research falls in line with established scholarship on sexual health. Improved blood flow helps potency, and caffeine relaxes arteries in soft muscle tissue, which is found in — well, you know.

An exception was found in men with diabetes, who saw no change in their odds with caffeine intake. Researchers weren't surprised, as diabetes is the biggest risk factor for ED.

While the study couldn't establish definitive causality between the two, the results are pretty clear: If you drink coffee in the morning, you might want to consider adding another cup at night.