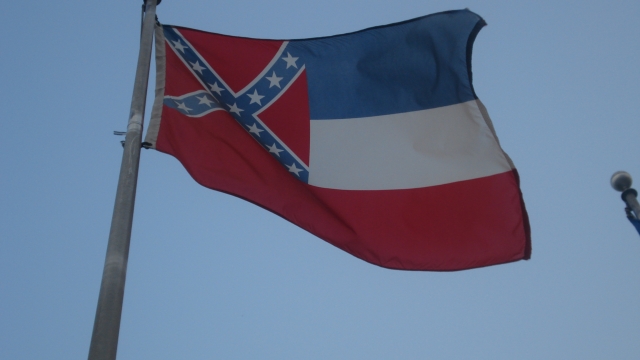 It's Confederate Heritage Month in Mississippi — a time the state's governor says is meant to "reflect upon our nation's past." It's a tradition that several other states across the South celebrate, too.

That proclamation was issued on a pro-Confederate website and later posted on his website. Critics were quick to point out that the governor failed to mention the cause of the Civil War — slavery — anywhere in his proclamation.

A previous Virginia governor made the same omission. In 2010, then-Gov. Bob McDonnell declared April Confederate History Month in his state to "promote tourism." Like Bryant, he also failed to mention slavery. He later apologized.

Mississippi's governor hasn't. And this isn't the first time Bryant has issued a proclamation to recognize the month of April. The Jackson Free Press points to similar proclamations signed by the governor in 2012 and 2013.

Another issue Bryant's wrapped up in? The state's flag. Following the 2015 slaying of nine black churchgoers in Charleston, South Carolina, states across the nation removed Confederate insignia from flags and public buildings."

Mississippi remains the only state in the nation with Confederate symbols on its flag.

This video includes images from Getty Images and clips from WLBT.