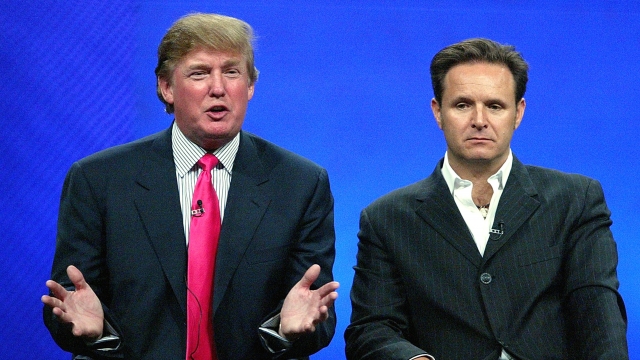 SMS
'Apprentice' Creator Says You Won't Hear Any Trump Tapes From The Show
By Grant Suneson
By Grant Suneson
October 13, 2016
"The Apprentice" creator Mark Burnett says he can't release Donald Trump's audio from when he was on the show.
SHOW TRANSCRIPT

Since Donald Trump was recorded making vulgar comments on live microphone, the public has been clamoring for any other compromising recordings — namely, from his time on "The Apprentice."

But the show's creator, Mark Burnett, made it clear that's not happening. He and MGM, which owns his production company, said they don't have the right to release more Trump tapes.

A source told The New York Times that Trump had a fairly common clause in his "Apprentice" contract giving him control over his name and likeness. That means Trump would have to authorize any footage being released.

If any of the accusations from former "Apprentice" workers are accurate, you can bet Trump wants the tapes to stay out of the public eye.

Burnett has faced heavy criticism for staying quiet after the leak of the lewd 2005 Trump tape, but he's making it clear he doesn't condone Trump's rhetoric on the campaign trail.

In a statement, Burnett said, "I am NOT Pro-Trump. Further, my wife and I reject the hatred, division and misogyny that has been a very unfortunate part of his campaign.”