Apple Will Need To Squish These Bugs In iOS 8 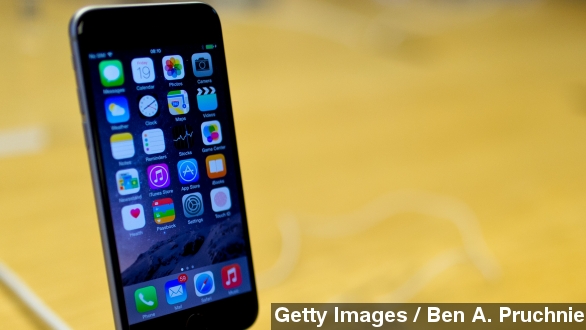 SMS
Apple Will Need To Squish These Bugs In iOS 8
By Mikah Sargent
By Mikah Sargent
September 23, 2014
As users rush to download the latest version of Apple's iOS software, they're running into bugs plaguing battery life, Wi-Fi connectivity and more.
SHOW TRANSCRIPT

Software updates can bring a plethora of fun new features to try out, so it's no surprise 46 percent of iOS devices are already running Apple's iOS 8, despite it launching less than a week ago.

But fun new features often mean frustrating bugs, and iOS 8 is no exception to the rule.

PC Magazine gathered some iOS 8 users' comments, and there seemed to be a trend.

SALTWATERBOATER ON APPLE SUPPORT COMMUNITIES: "It will work OK for a few minutes then the little wheel will just sit there and spin."

DOTPDF ON APPLE SUPPORT COMMUNITIES: "The speeds are so slow I can't even stream audio correctly."

Yeah, iOS 8 appears to be having a bit of a Wi-Fi problem. And according to Business Insider, it doesn't stop there.

It gathered tweets from several iOS 8 users who noted problems with the keyboard, screen formatting and notifications.

And tech blog iPhone Hacks is keeping a running list of the bugs plaguing iOS 8. Some users have experienced issues while updating apps, and others have faced major battery drain.

In other words, it's not pretty. Perhaps the most infamous bug in iOS 8 is an issue with Apple's newly announced HealthKit framework.

HealthKit allows apps to communicate with Apple's Health app and with one another to track all kinds of health-related information. But shortly after the launch of iOS 8, Apple said it would take down apps that made use of its HealthKit framework due to a bug. (Video via Apple)

Apple is expected to release an update for iOS 8 later this month. While we're unsure whether it will address all of the issues plaguing iOS 8 devices, there is one silver lining.

According to an early report by MacRumors, Apple's engineers were tracking iOS 8 issues through social media. So if you're seeing a bug in iOS 8, tweet about it. And now MacRumors has received word iOS 8.0.1 will resolve issues with the keyboard, Safari browser and several other issues.