Apple Will Finally Let You Delete Those Annoying Built-In Apps 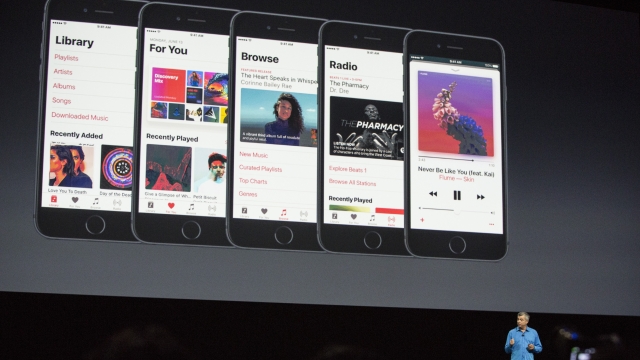 SMS
Apple Will Finally Let You Delete Those Annoying Built-In Apps
By Samantha Crook
By Samantha Crook
June 14, 2016
Although you'll be able to delete many of the preinstalled apps from your home screen, they won't go away completely.
SHOW TRANSCRIPT

Later this year, when iOS 10 launches, you'll finally be able to remove some of those pesky default apps from your iPhone or iPad.

We're talking about the apps that are automatically installed, like the compass or Apple's stock app. You know, apps that you may not actually be using.

Although you'll be able to delete many of them from your home screen, an Apple executive clarified that those baked-in apps will still sort of be on your phone. Apple's senior vice president of software engineering clarified that while the app icons can be removed from the home screen, much of the data associated with the apps will remain on the device.

And right now, it looks like users won't have this kind of control over every app. Messages and Camera, for example, don't appear to be removable. But tweaks to the software could still happen up until the operating system's release.

The new operating system, which won't be compatible with older iPhones or older iPads, is due out this fall.