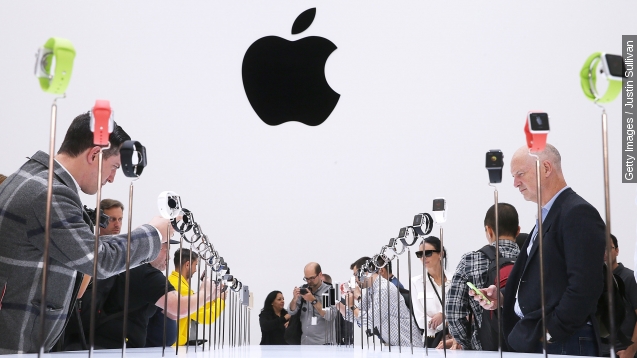 SMS
Apple Watch Promo Isn't Just About Saving $50
By Leah Becerra
By Leah Becerra
November 1, 2015
Apple is usually pretty stingy about discounts, which is why this Apple Watch deal could be about more than boosting sales.
SHOW TRANSCRIPT

What could make Apple include its most popular product, the iPhone, as part of a package discount with its Apple Watch? Sales, of course.

But $50 off isn't a huge discount for any Apple product, let alone two, and the limited-time offer only applies to certain stores in the San Francisco Bay Area and Boston.

But what if the discount is more about changing perception than boosting revenue? For instance, the goal might be for the gadgets to be seen as a pair rather than a phone and an add-on. (Video via Apple)

Yes, the Apple Watch has always needed the iPhone to operate. But what if the devices' relationship were more cemented than that? Like, the iPhone requiring the Watch to be fully useful. (Video via Unbox Therapy)

That seems a little far-fetched, but CEO Tim Cook did emphasize on last week's earnings call that Watch sales are going up. And Forbes wrote that it's about time iPhone sales started to "come down."

If the slim discount is enough to get people to buy the two products together — who knows? The promotion might help secure both devices' futures and the company's continued success.

Regardless, it seems that right now the Apple Watch would benefit from the deal more than the iPhone. (Video via Apple)

On the other hand, Apple's fourth-quarter earnings showed that the 48 million iPhones it sold accounted for nearly two-thirds of the company's total revenue, which was $51.5 billion.