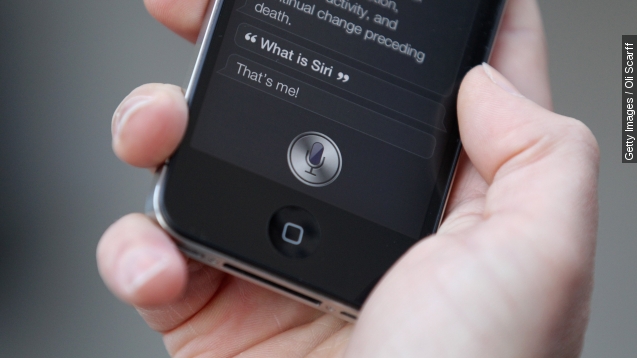 SMS
Apple Wants More Staff To Work On Artificial Intelligence
By Leah Becerra
By Leah Becerra
September 7, 2015
Apple is making a push to hire more people to work on what it's calling "machine intelligence."
SHOW TRANSCRIPT

Apple has posted a lot of job openings dealing with artificial intelligence lately.

Having more AI-focused employees at Apple would likely have the biggest impact on Siri going forward, but it's an odd way to invest the company's funds considering Apple has taken a hard stance against collecting users' data.

"Machine learning," better known as AI, absolutely requires massive amounts of data to be analyzed by a program before it can even begin to operate in the way we'd expect it to. (Video via AMC / "Humans", Paramount Pictures / "Terminator Genisys")

Thanks to science fiction, AI has a lot to live up to. And Apple is battling companies like Microsoft and Google to make its Siri superior to their Cortana and Google Now. (Video via Phone Arena)

But Apple's apparently not willing to mine your personal data to do it — at least not to the same extent that Google and Microsoft are.

"We don't mine your email, your photos or your contacts in the cloud to learn things about you. We honestly don't want to know," said Craig Federighi, Apple's senior VP of software engineering.

It's an attractive concept, getting what could eventually be an AI — on your phone — that works well without knowing intimate details about you. But how good could it possibly be without that information? (Video via Apple)

We're still waiting to see how well Siri will work on iOS 9, using what Federighi called "intelligence." But this "machine learning" hiring push makes it clear that Apple is very confident about the future of its intelligent project. (Video via MacRumors)