Apple Vs. FBI: Why Most Of The Tech Industry Is Sitting Out The Fight 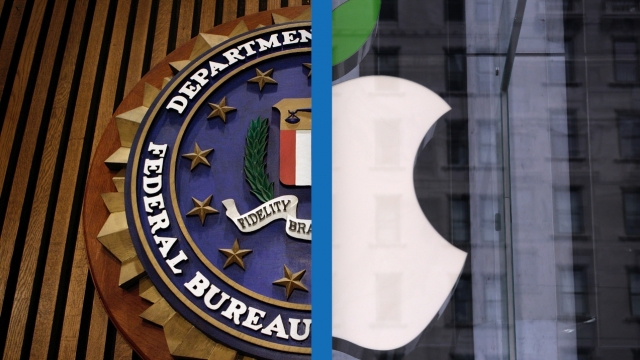 SMS
Apple Vs. FBI: Why Most Of The Tech Industry Is Sitting Out The Fight
By Evan Thomas
By Evan Thomas
February 18, 2016
Why aren't tech companies more supportive of Apple's stand against back doors to user data? Because nobody knows how this case will go.
SHOW TRANSCRIPT

Apple is squaring off with the FBI, following a court order to unlock a phone that belonged to one of the attackers in San Bernardino.

Apple has stuck to its privacy guns. In a letter published this week, the company said it would fight the order.

But support from the rest of the tech industry so far is, in a word, careful.

In a string of tweets, Google CEO Sundar Pichai worried the case "could be a troubling precedent" for technology companies.

Reform Government Surveillance — an activist group whose members include Google, Apple, Microsoft, Facebook and others — condemned the continued push for back doors into user data, but balanced that with a need to cooperate with law enforcement in the interest of safety.

The industry's response is especially measured when compared to Apple's throwing of the gauntlets, but that might be because this is uncharted territory.

The court order against Apple is the highest-profile unlocking case so far in an area of digital law that has no real precedent. But the coming fight will set one.

Privacy experts warn when the case shakes out, it will affect encryption, national security and at least one tech company's relationship with its government — and governments abroad.

"Companies want to be seen as defenders of user privacy, but don't necessarily want to be dragged into a lengthy fight," writes Re/code. So they spectate.

A former attorney for Microsoft and for the Justice Department told The New York Times, "Those companies are undoubtedly following the case intently, praying that it creates a good precedent and breathing a sigh of relief that it's not them in the spotlight."

Right now, Apple must officially respond to the court order by early next week; at that point, the next move will be up to the FBI.

This video includes clips from C-SPAN and images from Getty Images and music by Frenic / CC BY 3.0.