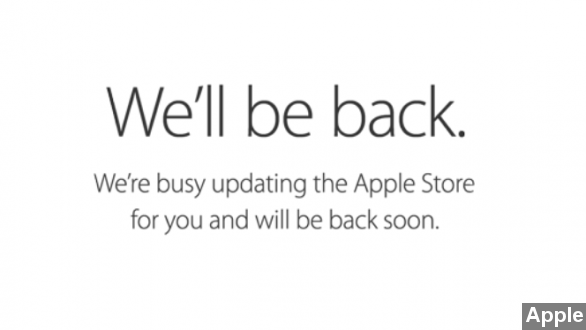 SMS
Apple Stops Online Sales To Russia Amid Ruble Woes
By Danny Matteson
By Danny Matteson
December 17, 2014
The company halted sales Wednesday, writing in an email to Bloomberg: "Our online store in Russia is currently unavailable while we review pricing."
SHOW TRANSCRIPT

If you're looking to pick up a new iPhone, iPad or literally Apple anything, you're just going to have to wait — if you happen to be in Russia, that is.

Apple halted online sales to the country Wednesday, writing in an email to Bloomberg: "Our online store in Russia is currently unavailable while we review pricing."

As several outlets reported, that review in pricing is due to "extreme" fluctuations in the value of Russia's ruble, which has dropped by nearly 30 percent in just one week.

And it makes for a significant obstacle to the Russian Apple-shopper as well. Apple currently has no brick-and-mortar stores in the country, making the online store the go-to outlet.

Apple's decision to pull its store is seen by many as a microcosm of the larger economic issues in Russia. (Video via PBS)

As The Verge notes, the country's economy has seen a massive downturn in the last year — due for the most part to flagging oil prices, economic sanctions from the West and a loss of faith in the country by Russian investors.

According to one industry analyst, it's reason enough for tech companies to take caution in dealing with the country. (Video via Euronews)

Bloomberg quotes a Forrester Research analyst saying: "Anything you earn there now in rubles is going to be coming back to dollars or into euros at very depressed rates, so the bottom line for tech vendors right now should wisely be pulling back from Russia."

Apple has made attempts to deal with fluctuations in the ruble before. Last month it increased its prices in Russia by around 25 percent.