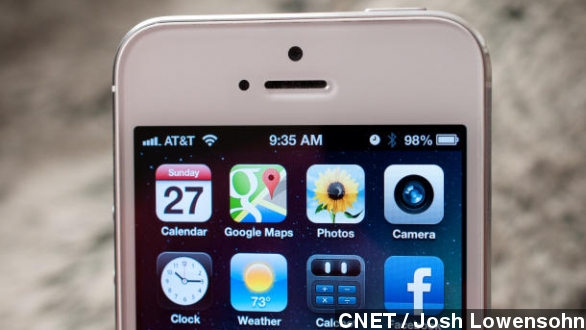 SMS
Apple Settles With FTC Over In-App Purchase Complaints
By Christian Bryant
By Christian Bryant
January 15, 2014
Apple settled a complaint with the Federal Trade Commission over in-app purchases made by young children without the consent of their parents.
SHOW TRANSCRIPT

Apple agreed to refund at least $32.5 million to customers Wednesday, settling a complaint from the U.S. Federal Trade Commission. That complaint stemmed from customers claiming young children were too easily able to make in-app purchases without the consent of their parents.

Apple users might be familiar with this: After purchasing an app using a password in the App Store, users were allowed to make additional purchases for another 15 minutes without having to submit the password again.

In its complaint, the FTC alleged Apple violated fair business practices by not telling parents about the 15-minute window and then charging them for purchases later made by children.

The agency added Apple received "tens of thousands" of complaints about children younger than 13 making purchases without their parents' knowledge. FTC Commissioner Edith Ramirez detailed one of the more extreme examples.

"One consumer complained that her daughter had spent $2,600 in the app 'Tap Pet Hotel.'" (Via CNN)

Ramirez praised the settlement in a statement, calling it "a victory for consumers harmed by Apple's unfair billing, and a signal to the business community: whether you're doing business in the mobile arena or the mall down the street, fundamental consumer protections apply."

But Apple CEO Tim Cook said the settlement requires the company to do something it already planned on doing.

Cook seemed less than thrilled about the FTC's newest victory, saying to his employees in a memo: "It doesn’t feel right for the FTC to sue over a case that had already been settled. ... However, the consent decree the FTC proposed does not require us to do anything we weren't already going to do, so we decided to accept it rather than take on a long and distracting legal fight." (Via 9to5Mac)

The FTC says this new settlement goes further than the one from 2013 in that it requires the company to change its billing practices. CNET writes Apple will have to do a better job letting users know when purchases are about to be made.

Apple has until March 31 of this year to revise its billing policies.