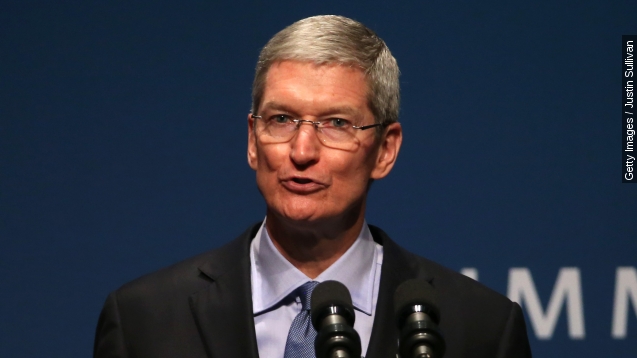 SMS
Apple Seems To Only Publicly Address Really Important Controversies
By Eugene Daniels
By Eugene Daniels
December 19, 2015
Tim Cook snapped at Charlie Rose in an interview but even speaking out about controversy is rare for Apple.
SHOW TRANSCRIPT

"That is total political crap. There is no truth behind it," Cook snaps in an interview with CBS' Charlie Rose.

Cook's usually calm demeanor fractured during an upcoming "60 Minutes" interview, when he was asked about the allegation that Apple doesn't pay enough taxes on money held overseas. (Video via Apple)

It's no surprise the topic came up; Apple has faced criticism about its tax payments for years. As a matter of fact, Europe's Competition Commission is currently investigating tax breaks the company's getting in Ireland.

The surprise is that Cook spoke out about it at all. As a company, Apple doesn't tend to speak out on all its controversies.

Take the infamous "Bendgate" for example. Instead of calling a press conference, the tech giant concentrated on making sure its phones had a stronger shell and glass. So a very public comment like this shows how serious Apple is about the issue. (Video via Unbox Therapy)

But the suicides at manufacturing-company Foxconn in China - one of the main producers of the iPhone - created a different response. The working environment was allegedly so bad, some workers committed suicide by jumping from the building. Foxconn eventually installed so-called "suicide nets." (Video via ABC)

Apple made it clear it would investigate the employment practices of the company — Cook even visited the plant himself. Following the rash of headlines about Foxconn's working conditions, Apple pledged to improve the treatment of Foxconn employees. (Video via BBC)

Cook's short rant is further proof that he's a much different leader than Steve Jobs. When Jobs headed up Apple, the company was notoriously mum on pretty much everything; Cook has proved he's much more likely to consistently speak up about the big stuff.

To hear Cook talk about the big stuff (and likely much more) you can check out the 60 Minutes interview Sunday night.