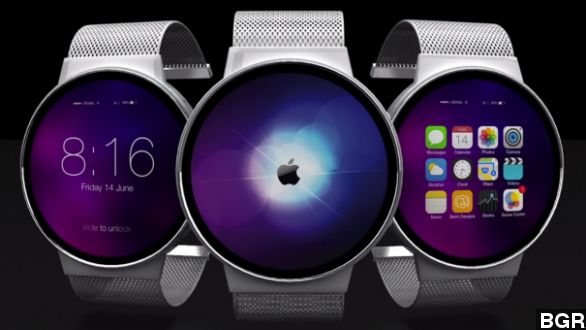 One more rumor for the Apple device pile: Re/code’s sources say the company is planning a $400 starting price for its iWatch.

Consumers might find that hard to swallow. Smartwatches from the competition, Google and Samsung, retail for $200 to $300.

But Apple aiming for premium buyers shouldn’t be much of a surprise, says Digital Trends. It makes sense for the company to shoot for “that same high-end bracket where it has found so much success with its phones, tablets and computers.”

And for some fun perspective, high-end consumer electronics still have nothing on actual high-end watches. Your average Patek Philippe fetches well north of $20,000 at auction.

Anyway, an iWatch would be Apple’s first launch in a new product category since Steve Jobs debuted the iPad in 2010.

Some blogs are floating the suggestion Apple is using that $400 price point to gauge market reaction ahead of time.

Or it could be a straight up feint, says SlashGear, “intended to lead to surprise when Apple actually announces a considerably lower price.”

One thing we do know for sure is that’s not exactly Apple’s style, especially for new product categories. The 1st gen iPhone went for $599. The iPad was $499.

Apple is expected to put an end to this speculation with an official announcement during its September 9 event. Industry watchers predict the iWatch — if it exists — will go up for sale sometime in 2015.