Apple's Liquidmetal Patent Might Give Us An Everlasting Home Button 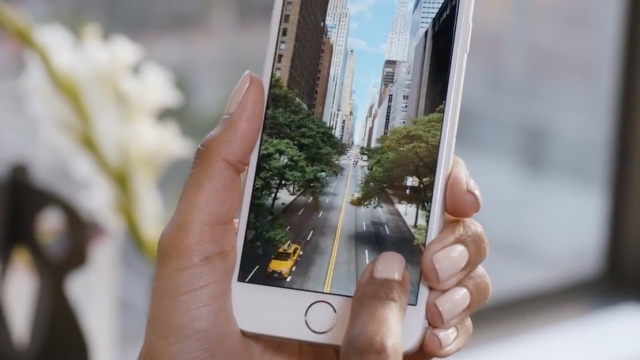 SMS
Apple's Liquidmetal Patent Might Give Us An Everlasting Home Button
By Mikah Sargent
By Mikah Sargent
March 8, 2016
A recently awarded patent details a Liquidmetal-based home button mechanism for iOS devices. The metal is lauded for its elasticity and resiliency.
SHOW TRANSCRIPT

Apple might have some new plans for the mysterious Liquidmetal it's been playing around with since late 2010.

If you've never heard of Liquidmetal, here's what you need to know: Liquidmetal is a somewhat misleading name given to a series of metal alloys that are stronger and more elastic than typical metals. The metal's molding process and elasticity are why it's been given the name.

Apple entered into an exclusive contract with Liquidmetal Technologies (the company that makes Liquidmetal) in 2010. It renewed the contract in 2012 and again last year. But we've never really seen anything cool come out of the contract — certainly not a T1000.

Speculation insisted the metals would be used for an uber-strong iPhone casing or a drop-resistant MacBook, but new patents suggest a different function entirely.

Given the company repairs or replaces faulty hardware regularly, it's a cost-saving move for Apple and a reassuring feature for iOS users.

Especially for the allegedly hundreds of people outside the U.S. who refuse to use their iOS home button at all for fear they might break it — opting, instead, to use an accessibility feature called Assistive Touch.

A Liquidmetal home button could mean your phone's battery — or any number of other pieces of hardware — would break before your home button ever did.