Apple's Fight With The FBI Could Boost Your iPhone's Security 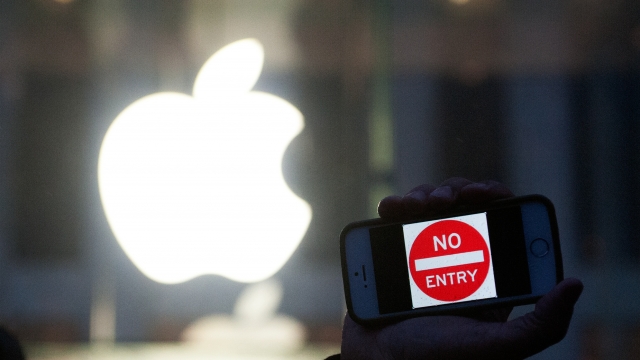 SMS
Apple's Fight With The FBI Could Boost Your iPhone's Security
By Katie Link
By Katie Link
February 24, 2016
The New York Times reports engineers from Apple may be working on new technology, which could keep the tech giant from cracking your phone.
SHOW TRANSCRIPT

Last week, a court ordered Apple to unlock a phone used by one of the San Bernardino shooters. On Wednesday, Apple CEO Tim Cook spoke to ABC about why he’s saying "no." Both sides are using the same justification: safety.

"This case is about the future. What is at stake here is can the government compel Apple to write software that we believe would make hundreds of millions of customers vulnerable around the world, including in the U.S.," Cook told ABC's David Muir.

So in order to start preparing for the future, Apple may be creating new, tougher technology to keep you safe.

According to The New York Times, Apple engineers are creating new security measures for your iPhone. The details are sparse right now, and we wouldn’t be all too surprised if it stays that way.

Here's why Apple's likely trying to make some changes: iPhones are built with a troubleshooting system designed for easy updates and repairs without the need for a user password. Apple can't use the system to get into phones, but they can use it to update system software.

And since the FBI doesn’t know the shooter’s password and therefore can’t access the phone the normal way, it wants Apple to use that troubleshooting system to "update" the phone's security features in a way that makes it easier for the FBI to gain access.

To which Cook said, "The U.S. government has asked us for something we simply do not have, and something we consider too dangerous to create."

The tech company has until Friday to file opposition in court.

This video includes clips from Apple and images from Getty Images.