Apple Responds To 'BendGate,' Says Bend In iPhone Is Rare 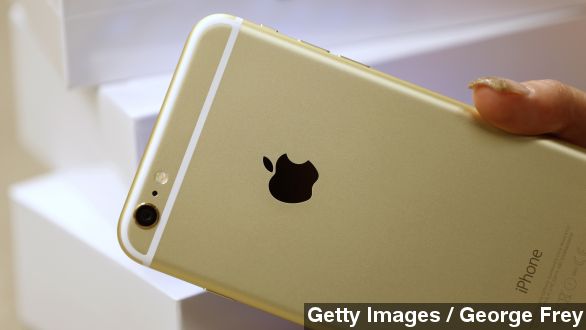 SMS
Apple Responds To 'BendGate,' Says Bend In iPhone Is Rare
By Adam Falk
By Adam Falk
September 25, 2014
Apple responded to #bendgate Thursday. The company says only nine iPhone 6 Plus owners have contacted the company about a bend in their device.
SHOW TRANSCRIPT

You’ve probably seen the iPhone 6 Plus-inspired hashtag #bendgate. And you’ve likely also seen this now-viral video from Unbox Therapy, showing that the iPhone 6 Plus can indeed be bent. Ouch.

It’s taken Apple a few days to respond to #bendgate. But Thursday, the typically quiet company tried to silence the social media chatter, saying, “With normal use a bend in [the] iPhone is extremely rare and through our first six days of sale, a total of nine customers have contacted Apple with a bent iPhone 6 Plus.”

That’s perhaps a surprisingly small number for the amount of tweets pouring in about the issue. Assuming Apple’s number is correct, that misconception is as much Apple’s fault as it is social media’s, according to Forbes.

“Apple’s PR team is still not as reactive as they should be, and has struggled once more to contain an online story. ... In all the noise and kerfuffle, Apple has been far too quiet.”

Now, the company is attempting to calm potential buyers by outlining the rigorous tests the device went through before launch, including a sit test. And sitting with the phone in your pocket is what some are saying causes the bend. (Video via Apple)

Unlike the step-by-step directions Apple released to help users uninstall its bug-laden iOS 8.0.1 release, Apple isn’t doing much to apologize for #bendgate.

But Mashable says Apple is right to defend its product “since the laws of physics are probably on its side.”

And anecdotally, The Guardian says its staff hasn’t experienced any issues with bending or warping.

But The Next Web did get ahold of an Apple rep Tuesday to ask if bent iPhones would be covered under warranty.

The rep said, it’s “100% up to the Genius that you speak with at the store.” The issue would have to pass Apple’s Visual Mechanical Inspection in order for users to receive a full replacement.

And no, we don’t think this would pass the test. (Video via Unbox Therapy)