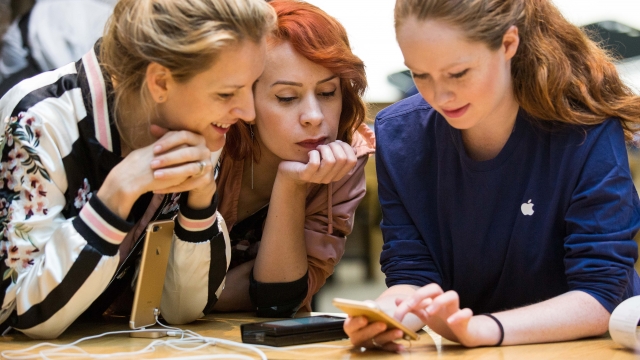 SMS
Apple's App Store Has A Counterfeit Problem
By Lindsay Gloor
By Lindsay Gloor
November 8, 2016
Some fake apps are filled with pop-up ads, while others contain malware or can steal credit card and other personal information.
SHOW TRANSCRIPT

Before you try to do your holiday shopping with an iPhone app, make sure that app is the real deal.

Apple removed hundreds of fake retail and product apps from its App Store last week after The New York Times and the New York Post started asking about counterfeit apps.

While some only offered endless pop-up ads, others asked users to enter credit card details or contained malware that could steal personal information.

Security experts told The New York Times that most fake apps are created in China and somehow manage to slip through Apple's review process, which looks at reliability and performance and ensures apps are free of offensive material.

In a statement, an Apple spokesperson responded to the issue of fake apps, saying "We've removed these offending apps and will continue to be vigilant about looking for apps that might put our users at risk."

Despite efforts to remove them, imitation apps keep popping up. To keep their apps in the store or to get new ones in, developers are changing their apps' content after the apps have been approved, or they're resubmitting similar products after fakes have been uncovered.

Apple allows users to report suspicious apps. Fake apps tend to have no reviews and no history of previous versions, and often, their menus don't make sense or use poor English.