Apple Recalls Millons Of Adapters That May Cause An Electric Shock 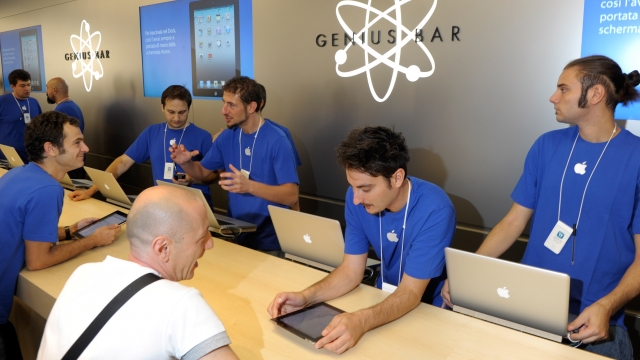 SMS
Apple Recalls Millons Of Adapters That May Cause An Electric Shock
By Samantha Crook
By Samantha Crook
January 29, 2016
In several countries, Apple recalled the two-prong wall adapters, including those sold in the company's World Travel Adapter Kit.
SHOW TRANSCRIPT

Apple has recalled millions of its two-prong wall plug adapters because they could cause an electric shock.

The company says in rare cases, the adapters can break and "create a risk of electrical shock if touched." The plugs in question were shipped from 2003 to 2015.

In a statement, Apple said it knows of 12 such incidents.

If your adapter is affected by the recall, Apple says you can exchange it or contact the company for a refund if you already bought a replacement.