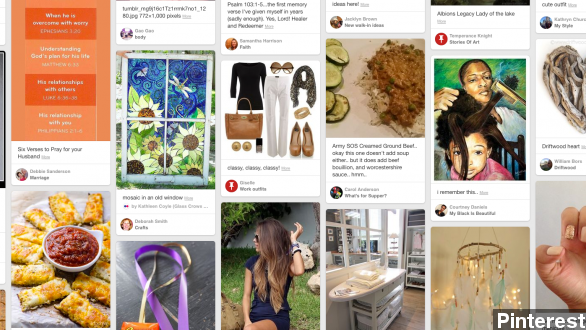 There’s an app for just about everything, if you know where to look.

Now, Apple is teaming with Pinterest to make that search easier. Pinterest’s new app pins offer direct links to download apps without having to go through the App Store.

This could be quite the timesaver. At last official count there were more than 1.3 million apps to choose from. And Apple has typically kept a bit of a leash on them, until now.

The Verge says letting other people do the curating is “significant for Apple, which has previously relied on pulling out specific apps and marking them as "featured" to show off the best of its online marketplace.”

Cult of Mac writes, “For Apple, the deal with Pinterest is in keeping with a new awareness of social media the company has not previously had.”

Engagement probably won’t be much of a problem. More than 75 percent of Pinterest’s userbase accesses the service via its mobile app. It’s easy to tap “download” when you’re already on your phone.

The new pins are live as of Thursday. Apple’s App Store team is running its own set of app boards on Pinterest if you need a starting point.