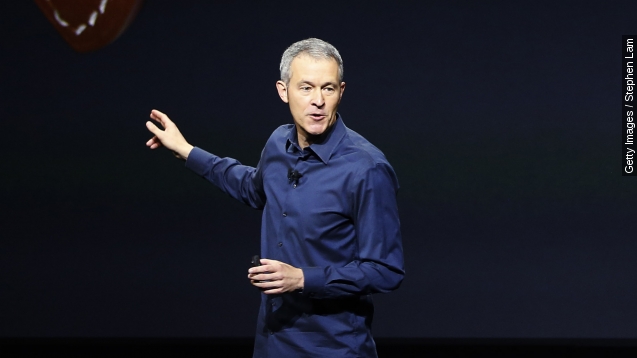 SMS
Apple Names Jeff Williams New COO
By Ben Lawson
By Ben Lawson
December 17, 2015
Williams has been been with the company since the late '90s and is rumored to be next in line for the company's top position.
SHOW TRANSCRIPT

Williams has been with Apple since 1998 and oversaw the company's massive supply chain. (Video via Re/code)

"To tell you about where we are going next, I'd like to invite Jeff Williams to the stage," said Apple CEO Tim Cook.

Recently, he has been a more prominent presence at Apple. The company says he was a key part in the launch of the iPhone in 2007 and played a significant roll in rolling out Apple's first wearable product, the Apple Watch.

There were already rumors that Williams was next in line for CEO Tim Cook's throne, but sources told The Wall Street Journal that this move doesn't necessarily set that in stone. (Video via Apple)

The company has also put Phil Schiller, its senior vice president of Worldwide Marketing, in charge of the App Store. This means Schiller is now running nearly all developer-related functions at the company.