Apple Music Reportedly Has 10M Subscribers, But Can It Beat Spotify? 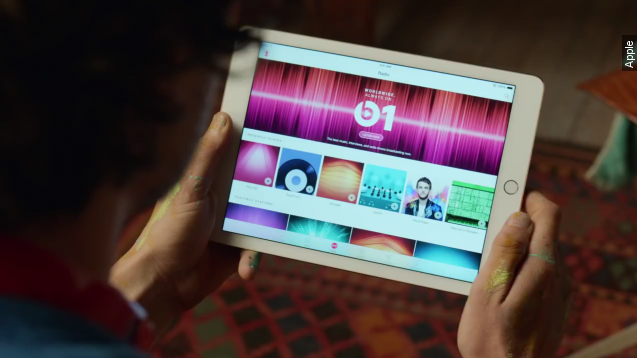 According to a report from The Financial Times, the music service has already passed 10 million subscribers. Not too bad for a service that's barely half a year old.

It's not hard to see how Apple Music could snag that many subscribers in such a short time period. (Video via Apple)

After all, the service launched in more than 100 countries on its first day. It took Spotify three years to even reach the U.S.

And if you bought or updated an iOS device in the past few months, you probably already know it's pretty hard to ignore Apple Music, from its persistent sign-up offer right from the get-go to the fact that iTunes now largely revolves around it. (Video via CNET)

Let's not forget that the service has also been backed by billions of dollars. So, should Spotify be getting nervous? Maybe not. (Video via Apple)

Spotify currently has more than 20 million premium subscribers and 75 million active listeners, thanks to its free option. (Video via Spotify)

On top of that, a Spotify spokesperson told VentureBeat, "The second half of 2015 was our fastest subscriber growth in history."

And critics say Apple might not be able to keep up the pace. As a writer for The Verge points out, Apple Music has most likely benefited greatly from its free three-month trial.

But that doesn't necessarily mean Apple Music isn't a force to be reckoned with. Experts have estimated Apple could have the largest music streaming service by next year. (Video via Apple)