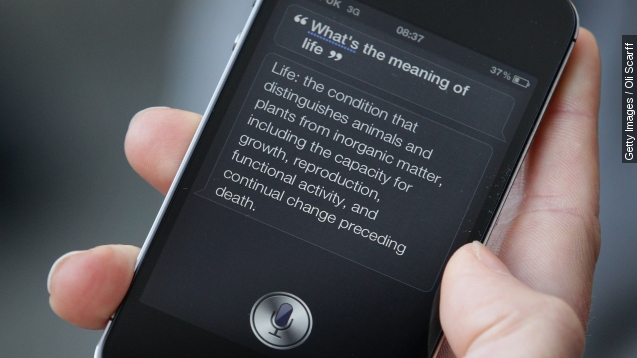 SMS
Apple Might Put Siri To Work Transcribing Voice Mail
By Lexie Hammesfahr
By Lexie Hammesfahr
August 3, 2015
Business Insider reports Apple is tweaking Siri so it can convert voice mail to text, a feature that other companies have offered for some time.
SHOW TRANSCRIPT

Are you one of those people who lets voice mail pile up on your phone? Takes too much effort to listen, right? (Video via Apple)

Apple is about to make your life much easier. According to reports from Business Insider, Apple is testing an upgrade that will allow Siri to transcribe your voice mail and send it in text format. (Video via Apple)

Rumors of a potential Siri voice transcription service aren't new, and neither is the concept. Google has Google Voice, which can be set up through a Gmail account, and T-Mobile has a voice mail-to-text service.

But the rumors of testing fall in line with the upcoming revamp of Apple's personal assistant, which will debut in iOS 9.

Though we won't see this new voice-mail feature in the next upgrade, Siri will become a more intelligent assistant that proactively helps you based on location, favorite apps and local news. (Video via Apple)

If all goes well, sources tell Business Insider the voice mail feature will be released in 2016 with the iOS 10 operating system.