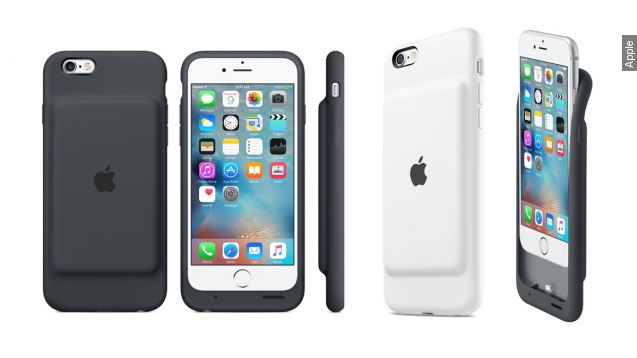 SMS
Apple Introduces One More Thing ... A Smart-Battery Case
By Leah Becerra
By Leah Becerra
December 8, 2015
If you've had battery woes with your iPhone 6 or 6s, Apple just unveiled its battery case to compete with a slew of third-party manufacturers.
SHOW TRANSCRIPT

Well, here's an Apple product we never would've seen under Steve Jobs' command: It's a glorified battery case for iPhone.

The Smart Battery Case, bearing Apple's own branding, will likely make it to many iPhone 6 and 6S owners' stockings this season.

At $99, it's pretty comparable to some of its competitors — the Mophie Juice Packs and Incipio's Offgrid Express.

Apple says its battery case will give users as much as 25 extra hours of talk time, up to 18 hours more time on an LTE connection or up to 20 additional hours of video playback.

Luckily, though, the case uses the same lightning connector to charge, so at least you won't need to add another cable to your collection. (Video via The Verge)