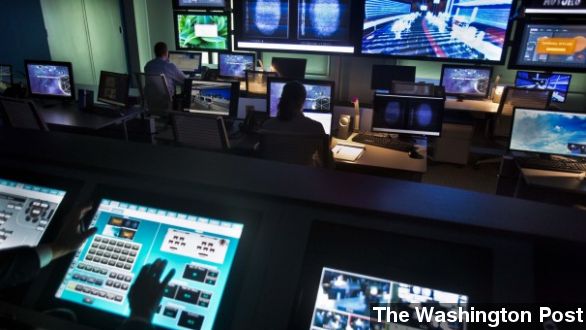 Most of the time, they're competitors. But leave it to the NSA to bring eight of the country’s biggest tech giants together.

AOL, Apple, Facebook, Google, LinkedIn, Microsoft, Twitter and Yahoo! have sent an open letter to President Obama and members of Congress calling for limits on the user data collected by the government.

It reads in part: “The balance in many countries has tipped too far in favor of the state and away from the rights of the individual.” (Via Global Government Surveillance)

In the letter, the companies outline five reforms they’d like to see: limits on the government's authority to collect user's information, more oversight and accountability, transparency about government demands, respect for the free flow of information, and a standard of rules to avoid further conflicts among governments.

It's their biggest effort to push for reform since Edward Snowden first revealed the government had penetrated the databases of many of these companies. (Via The Guardian)

In a bid to thwart further spying, several tightened their networks and adopted extra privacy protections. (Via VentureBeat)

And since this summer's revelations, the industry's lobbying effort has grown in Washington. (Via Euronews)

Back in July, five of these web giants petitioned Congress urging more transparency when it comes to wiretapping. And they sent a similiar letter in October demanding further accountability from the NSA. (Via Mashable)

As an activist at the Electronic Frontier Foundation told the The New York Times, these companies should have a say.

“The N.S.A. mass-surveillance programs exist for a simple reason: cooperation with the tech and telecom companies. If the tech companies no longer want to cooperate, they have a lot of leverage to force significant reform.”

Microsoft recently vowed to fight in court any effort by the NSA to seize the data of foreign business customers.