Apple Focused On Set-Top Box, Not Television For Web TV 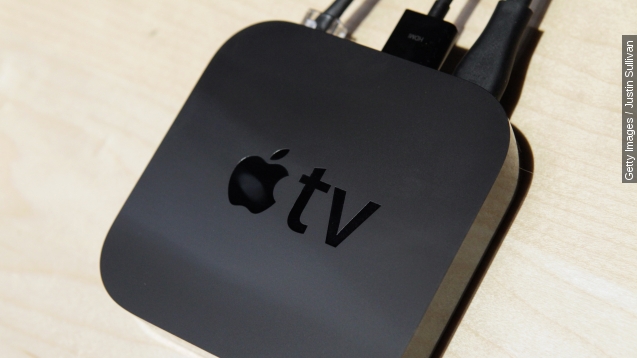 SMS
Apple Focused On Set-Top Box, Not Television For Web TV
By Mikah Sargent
By Mikah Sargent
May 19, 2015
Carl Icahn thinks Apple will launch a 4K television set next year, but he's probably wrong. The company is reportedly focused on its set-top box.
SHOW TRANSCRIPT

If you follow the latest Apple news, you’ve likely heard of Carl Icahn. He’s an activist investor — his company acquires a substantial amount of stock in any given company (thereby gaining leverage in said company) and is then able to, let's say, inspire companies to do his bidding. (Video via CNBC)

Like when he inspired Apple to buy back shares, because he felt the company’s valuation was “totally irrational.”

Now Icahn’s got another feeling. He’s convinced Apple’s launching an UltraHD, or 4K, television next year.

But here’s the problem: Apple’s probably not launching an UltraHD television, at least according to The Wall Street Journal.

Citing people familiar with the matter, the Journal says, "after nearly a decade of research, Apple quietly shelved plans to make such a set more than a year ago."

The outlet has an impressive track record when it comes to Apple happenings. Apparently, the company couldn’t find innovative, unique ideas for a television set that would set its product apart from others in the television market.

So the company’s been full steam ahead on its set top box, the Apple TV, instead. (Video via DetroitBORG)

We’ve heard a lot about Apple’s upcoming plans for a web-based television service, including the rumored à-la-carte TV channel bundles.

And we’ve seen evidence of Apple’s content deals. Back in March, the Cupertino company announced — what at the time was — an exclusive launch partnership with HBO, for its standalone streaming service, HBO Now. (Video via HBO)

Tech blogs galore report the company is wrapping up deals for content that could see the launch of the new service at Apple's Worldwide Developers Conference in June.

The launch would be punctuated by the introduction of a redesigned Apple TV set-top box, which is said to be thinner, will include an updated remote, and may feature an app store.