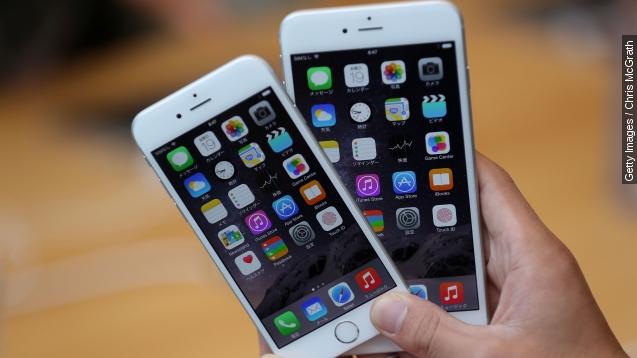 SMS
Apple Falls To Third Place In Valuable Chinese Market
By Ryan Biek
By Ryan Biek
August 3, 2015
Apple's Chinese market share has fallen to third place overall –– and it's not the company hurting the most right now.
SHOW TRANSCRIPT

For once, Apple appears to getting some less-favorable headlines after falling to third place among China's largest smartphone vendors. (Video via Apple)

According to research firm Canalys, Apple is being outdone by Xiaomi and Huawei. Xiaomi is being called a startup legend, and Huawei is the fastest-growing manufacturer in the Chinese smartphone market. (Videos via Xiaomi Global and Huawei Device)

But Apple likely isn't trembling just yet. The recent drop in sales is mostly forgivable when you consider the company posted record-breaking numbers for phone, computer and app sales the quarter before.

Samsung is actually the company that should be the most worried. It has seen its Chinese market growth reduced by more than half from 2014 to 2015. In comparison, Apple grew more than 60 percent during that time. (Video via Samsung Mobile)

It's an even more critical situation considering the Chinese phone market shrank, as a whole, by 4 percent over the last year. (Video via XIAOMI GLOBAL)

A managing director for IDC said that China's smartphone market is more mature than emerging, and that "... convincing existing users as well as feature phone users to upgrade to new smartphones will now be the key to further growth."

Apple is also still selling old versions of the iPhone 6 in Chinese markets, so it's possible the company could gain the upper hand when it comes to getting customers to upgrade. (Video via Apple)

This video includes an image from Getty Images and music via Brenticus / CC BY 3.0.