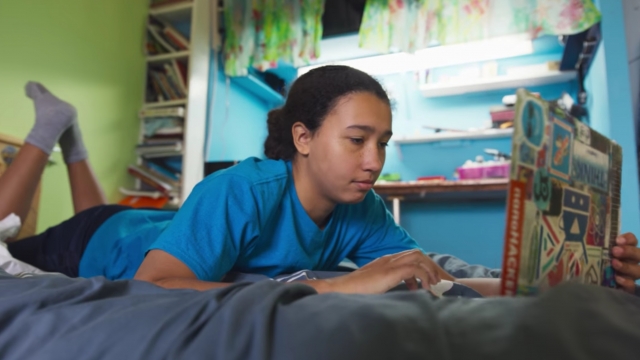 SMS
Apple Created An App That Could Turn Your Child Into A Developer
By Leah Becerra
By Leah Becerra
June 13, 2016
The youngest developer at WWDC this year was 9 years old, but she may be joined by many other young coders soon.
SHOW TRANSCRIPT

When Apple CEO Tim Cook kicked off WWDC's keynote, he said there were 13 million registered developers for Apple's platforms.

He also mentioned that the developers conference was completely sold out this year and that the youngest person in attendance was only 9 years old. Come next year, though, that person may be joined by a whole group of new and maybe even younger developers.

That's thanks to Apple's new Swift Playgrounds app, which will be released for iPad later this year.

The app was designed to teach children to code using Apple's Swift code language. Swift is the language used to build apps for iOS, Mac, Apple TV and Apple Watch.

"Wouldn't this have been cool when we were all learning to code? I mean, come on — you students? Let me hear it, come on," Vice President of Software Engineering Operations Cheryl Thomas said to conference attendees.

Cook claims there's never been another tool like this: one that combines iPad and Swift to actually teach code. He also said the company's making the app free in the hopes that schools might eventually add it as part of the curriculum.

The public can have access to a beta version of the app in July, and the official app store launch will be this fall.