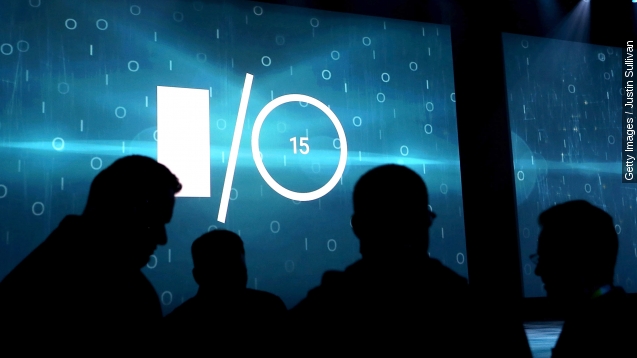 At Google's I/O developer conference the company unveiled a wealth of new features for Android Wear.

The next iteration of Wear will get a new gesture control feature that could make using the device feel more natural. Google also announced it had 4,000 different apps for it in the Google Play store.

Which is definitely good for Android's wearable OS but, like with many other announcements at I/O, if felt like Google was playing a game of follow the leader.

That leader being Apple. It's something that hasn't gone remotely unnoticed by the media. Much of Google's big unveilings, from its wearable OS, mobile payments system and new features for Android M, drew plenty of Apple comparisons.

But the funny thing is Google has actually been at some of these things longer than Apple, they just haven't made much of splash.

But it still feels like Android Wear is playing catch up. The gesture control features detailed at I/O are similar to ones the Apple Watch had at launch.

And Google has had a mobile payments systems, Google Wallet, on the market for several years. However, Wallet never caught on and that's why Google is launching a revamped system as Android Pay, with an incredibly similar name to Apple Pay.

Mobile payments were barely talked about until Apple entered the market and started making buzz, leading to an opportunity for Google to launch a new system in the midst of Apple's popularity.

Accusations that Android is copying off Apple have been around since its beginning. According to his biography, Apple's co-founder Steve Jobs even pledged to "destroy Android," calling it a "stolen product." The Cupertino company eventually filed suit for patent infringement.

All this isn't to say that Android has never ventured into territory that Apple hasn't. Android was used in Google Glass but the company hasn't yet figured out how to to turn that into a successful consumer product.

So Google's Android might never be able to step out of the shadow of its predecessor but it also might not have much of a reason to care.

In the first quarter of 2015, Android phone sales accounted for nearly 80 percent of the smartphone market with Apple coming in at nearly 18 percent.