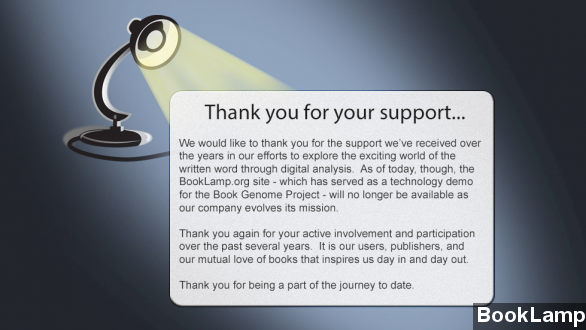 When you think of Apple, books probably aren't one of the things that come to mind. Looks like the company might want to change that. (Getty Images)

Apple has acquired BookLamp, an analytics and recommendation engine most are calling "the Pandora of books." BookLamp offers up recommendations based on books you've read. (Vimeo / BookLamp)

​TechCrunch broke the story, thanks to its anonymous sources. Apple eventually fessed up, offering its infamous "Apple buys smaller technology companies from time to time, and we generally do not discuss our purpose or plans."

The outlet says BookLamp worked with several publishers and major companies, like Amazon and Apple, to provide analytics for books. Apple apparently wasn't too keen on BookLamp's growing list of clients, so it made the move to acquire the company.

BookLamp could be used to help Apple strengthen its e-book game. When you scroll through Amazon's site, you're bombarded with recommendations based on your purchases. Apple could leverage the technology to help it improve book recommendations. More "you read this, so you'll like this," and less "here's a list of books most are reading."

And that's not the end of the "Apple is trying to compete with Amazon argument." 9to5Mac reports Amazon was in talks to acquire BookLamp before it moved on to acquire review and recommendation service GoodReads.

It's not clear why Amazon gave up on its BookLamp acquisition efforts. TechCrunch says Apple purchased BookLamp for somewhere between $10 and $15 million.