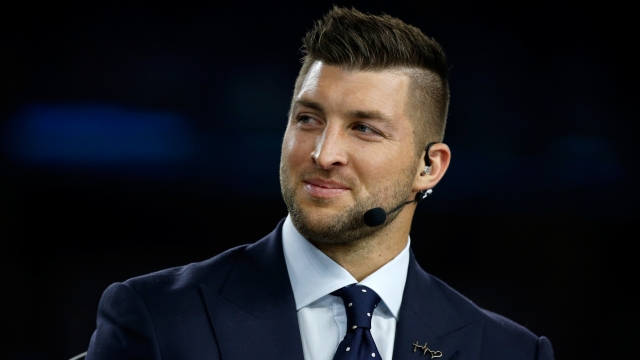 "So do you think that you'll go back to playing in the NFL?" Ellen DeGeneres asked Tim Tebow in February.

"That's a good question. If I have the right opportunity. Obviously I love playing the game so much, and I feel like I'm in the best shape of my life," Tebow responded.

But just a few months after he said that, it looks like Tebow could be on the baseball diamond — not the football field.

According to ESPN, where Tebow is a college football analyst, the 28-year-old will invite all 30 MLB teams to his workout later this month.

But trading in football for baseball may not be as much of a surprise, afterall.

ESPN reports Tebow was a standout baseball star in high school and was an all-state baseball player.

But don't get all excited to watch Tebow at a MLB stadium near you. Tebow hadn't played baseball in a decade before picking up his bat and training this past year.

As CBS Sports points out, even if a team picked up Tebow, it would likely start him in the minor leagues.

We don't need to look any further than Michael Jordan who lasted a season with the Chicago White Sox's minor league team before calling it quits.