Apparently, Plants Know How To 'Gamble' 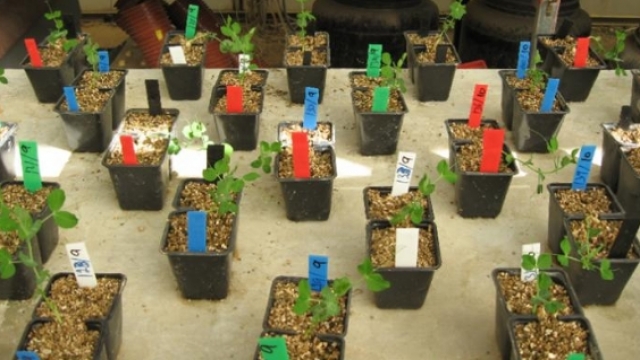 According to a new study, plants are "smarter" than we may think.

Researchers from universities in the United Kingdom and Israel found pea plants show sensitivity to risk and they even "gamble." They claim this is the first study to show an organism without a nervous system can have an adaptive response to risk.

The experiment involved growing pea plants with their roots split between two pots. Researchers found the plants grew more roots in the pot that had more nutrients.

They hypothesized the same plants would "gamble" in the next series of experiments — and they did.

SEE MORE: "This Plant Summons An Ant Army By Bleeding Nectar When Wounded"

Researchers again grew those plants with their roots split between two pots. Both had the same average nutrient concentrations in their fertilizers. However, one level varied while the other stayed the same.

The pea plants "gambled" when the average nutrient concentration was low and didn't when it was high. Why?

According to researchers, if the average nutrient concentration isn't enough for the plant, the plant would rather gamble that the pot with varying nutrient levels was running high.

And when the average nutrient concentration is high, the plants would play it safe with the pot that remained the same.

But we already knew plants were pretty adaptive. A study conducted by researchers at the University of Missouri-Columbia found plants respond to the sounds insects make when eating them. They respond by making more defensive chemicals to repel insects.