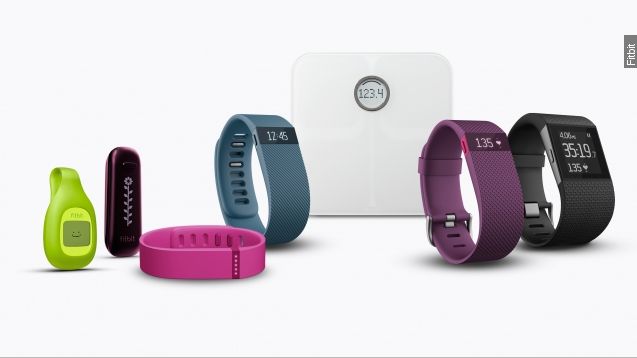 Christmas is over, which means it's time to figure out which companies might've sold the most stuff.

And though that data isn't likely going to come out until firms release their next earnings reports, Apple's App store is a pretty good indicator in at least one category: health trackers. (Video via Apple)

Data from App Annie shows that for three days, starting on Christmas, Fitbit's companion app to its trackers was downloaded more than any other app in Apple's store. The next closest health and fitness app didn't even make it into the store's top 100. (Video via Fitbit)

Something to note: This is actually the first time Fitbit's app has topped the App Store rankings in the free category. That's good news for investors, especially considering Fitbit's bumpy road since its June IPO. (Video via CNN)

Fitbit also did pretty well in Android's Play Store, but didn't hit its stride until the day after Christmas. Its best overall ranking topped out at 10th, staying there for two days. (Video via Google)

The last time Fitbit's app peaked in app store rankings was right around Thanksgiving. But — uh — we'll let you make your own guesses as to why that might've happened. (Video via Food Network / "Good Eats")