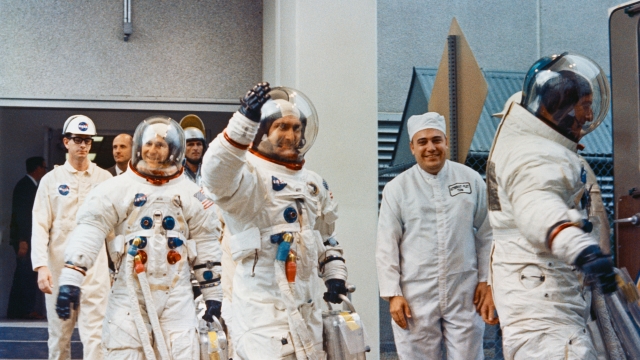 Even with 55 years of practice, there's a risk to deep space travel we still don't know how to counter: radiation.

A new study shows Apollo astronauts — who were subjected to the radiation of deep space — die of cardiovascular diseases four or five times more often then the rest of the astronaut corps.

The study is the first to examine mortality among those who were on the Apollo missions, which isn't the largest sample size to work with, but it found 43 percent of Apollo astronauts who've died, died of cardiovascular problems.

In total, 24 astronauts have left the protection of Earth's magnetic field to go to the moon. Losing this shield, combined with the effects of weightlessness on the vascular system, appears to have done lasting damage.

When researchers bombarded mice with radiation levels like those the Apollo astronauts experienced, the mice also showed eventual signs of cardiovascular disease.

NASA hasn't sent astronauts into deep space since the Apollo program ended, so getting more data on the effects of radiation is hard.

But understanding and countering radiation will be critical if NASA intends to meet its exploration goals.