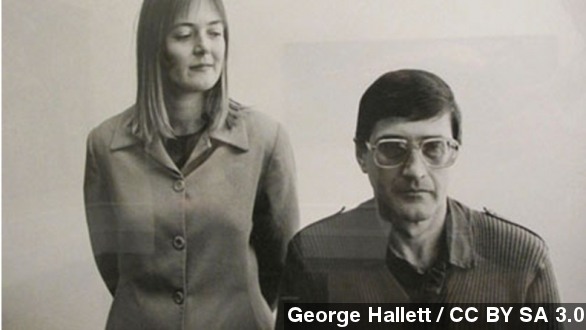 In 1996, Eugene de Kock was sentenced to 212 years in jail for crimes against humanity committed during South Africa’s apartheid rule. Now less than 20 years later, he’s been granted parole.

“He’s not just a killer, he was at the forefront of setting this county alight.” Jacques Paauw told eNews Channel Africa.

“In the interest of nation building and reconciliation, I have decided to place Mister De Kock on parole.”

De Kock served as the commanding officer of C1, a counter-insurgency police unit. His confessions to overseeing the torture and killing of numerous anti-apartheid activists had earned him the nickname “Prime Evil” among South Africans.

Despite that moniker, there’s actually a split in opinion on whether De Kock deserved parole from his two life term sentences. One side says he committed the crimes and should therefore remain in prison, the other, that he was simply a footsoldier following orders.

Speaking to CCTV, the head of South Africa’s Centre for Risk Analysis said she was disappointed by De Kock’s parole. (Video via SABC)

“I think it’s never really a positive thing if we let people out of jail if all due process has been followed in the judicial system if we let them out before the time that we said they should be in prison for.”

The mother of one of De Kock’s victims told South Africa’s The Times she’ll never forgive him. Her son was killed in 1991 when he put on a set of explosive headphones sent by De Kock in the mail. (Video via Journeyman Pictures)

Still, De Kock has been credited for his honesty during the trials and with helping recover victims’ remains. He’s also reached out to victims, apologizing for what he did. (Video via Euronews)

Speaking to the BBC, a widow of one of his victims blames whoever gave De Kock the orders for the atrocities, not him. (Video via SABC)

“He didn’t just wake up one morning and say I’m going to do this. He got his instructions from the top. They got away with it, you know. They’re amongst us today and one man is taking the fall.”

De Kock’s parole had originally been denied last year in July after it was discovered not all of his victims’ families had been properly consulted about the process.

Another notorious apartheid-era assassin, Clive Derby-Lewis, had his medical parole denied during the same conference.