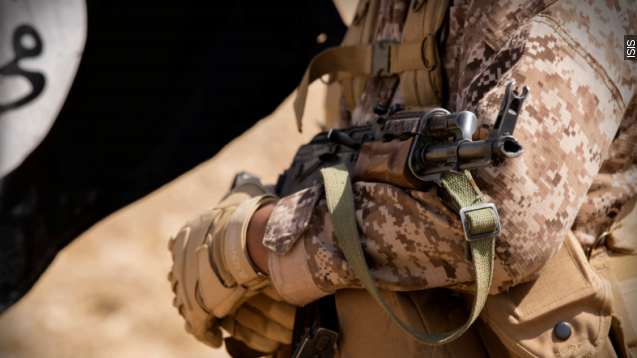 “I can start in here a new life,” Rami al-Jabori said. Rami is a Muslim. ISIS hates him.

Rami, who fled sectarian violence in Iraq, is one of hundreds of refugees living at this center in Brussels.

From a PR standpoint, the refugees are troubling for ISIS. These men, women and children are living proof that life in the so-called Islamic State isn’t all it’s cracked up to be.

“I feel welcome because the camp is very good,” al-Jabori said.

As ISIS sees it, Rami and the other Muslim refugees are traitors who’ve chosen to mix with the infidels. ISIS calls this the “gray zone”: a coexistence of religious groups that ISIS has vowed to destroy.

Across the Atlantic, the U.S. House passed legislation making it harder for Syrian refugees to enter the country.

“We cannot and should not wait to act,” House Speaker Paul Ryan said.

More than half the nation’s governors now say they don’t want to let Syrian refugees in their states.

The problem is, every time a politician says something like this ...

“If there’s a rabid dog running around your neighborhood, you’re probably not going to assume something good about that dog,” presidential candidate Ben Carson said.

… it feeds into the narrative that the West is anti-Muslim. And for ISIS, there’s no better recruiting tool.