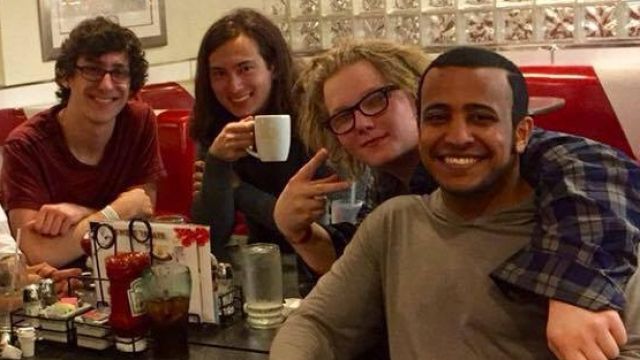 SMS
Anti-Muslim Hate Crimes Are On The Rise
By Noor Tagouri
By Noor Tagouri
November 3, 2016
Hussain Saeed Alnahdi from Saudi Arabia was beaten to death in Wisconsin. Police aren't certain of a motive.
SHOW TRANSCRIPT

Hussain Saeed Alnahdi was beaten to death outside a pizza shop in Wisconsin.

Friends said the 24-year-old student from Saudi Arabia was eager to learn, popular and well-liked. Police haven't confirmed a motive in Alnahdi's death, but it's prompting concern over rising hate crimes.

His death comes during a surge in hate crimes against Muslims in America. The number of anti-Muslim crimes is higher now than at any time since 9/11.

And many advocates say today's political rhetoric against Muslims is a major factor, as politicians stoke fear about refugees and immigrants.

Even as reported hate crimes are surging, experts say many go unreported — over fear of backlash and concern for safety or even embarrassment.