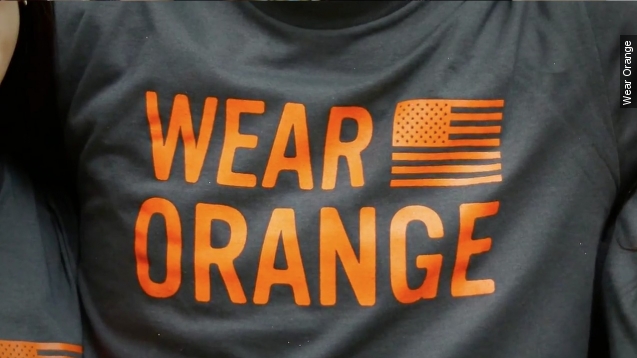 A coalition of advocates against gun violence are raising awareness of the issue on June 2 by wearing orange. Campaigners say they're wearing orange to mimic the orange vests hunters wear in order to avoid being shot.

It's part of National Gun Violence Awareness Day, which was established this year by a wide array of anti-gun violence groups, as well as other politically left organizations.

Plenty of celebrities have also voiced support for the movement, as have networks HBO and MTV.

The Wear Orange campaign was first inspired by a similar Chicago movement, Project Orange Tree, commemorating the shooting death of Hadiya Pendleton in 2013. June 2 would have been Pendleton's 18th birthday.

"Just three weeks ago, she was here, with her classmates, performing for her country at my inauguration. And a week later, she was shot and killed at a Chicago park after school," said President Obama.

President Obama referred to Pendleton's death during his push for gun control reform in 2013's State of the Union address, which Pendleton's parents were invited to.

The national movement is being spearheaded by Everytown for Gun Safety, the new name of prolific gun control group Mayors Against Illegal Guns. The group is still headed by former New York City mayor Michael Bloomberg.

Everytown changed its name after it merged with Moms Demand Action, the campaign set up in the wake of the Sandy Hook Elementary School shooting.