This Is One Of The Most Fascinating Olympic Athletes In Rio 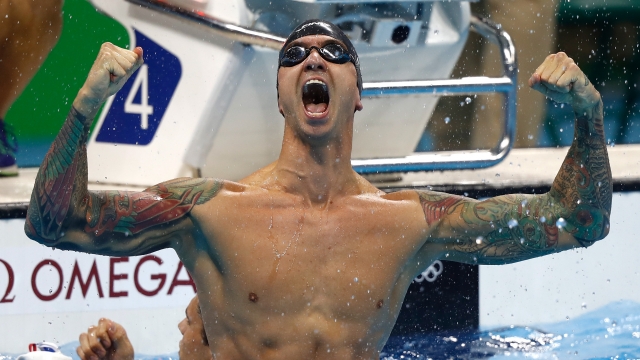 This is Anthony Ervin.

He's arguably one of the most fascinating athletes at the Rio games.

Ervin is the oldest swimmer to win an individual Olympic gold medal.

Ervin has seemingly lived multiple lives the past 16 years.

He retired from swimming in 2003. He traveled the world, moved to New York, joined a rock band and got a bunch of tattoos.

"Post-Olympic champion status was about rediscovering, rebuilding myself the way I wanted to be, not the way others — or at least the way I perceived others — wanted me to be," he told "CBS this Morning."

Ervin sold his Olympic gold medal and donated the funds to relief efforts after the 2004 Indian Ocean tsunami.

But Ervin ended up getting back in the pool to teach swimming and rediscovered his passion for the sport.

He returned to the Olympics in 2012, but he didn't medal.

He says his win will teach his newborn daughter a lesson. He says, "I want to tell her that the American Dream is for anybody, without exception."