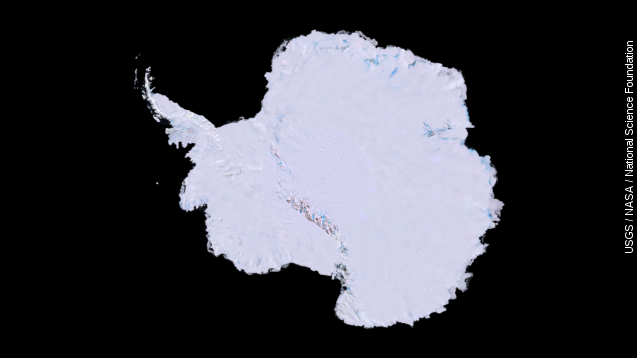 SMS
Antarctica Might Be Melting, But It's Actually Growing
By Evan Thomas
By Evan Thomas
November 1, 2015
NASA says although some of Antarctica's ice is melting, other parts are growing so fast the ice sheet is actually slowing sea level rise.
SHOW TRANSCRIPT

A new study suggests Antarctica isn't shrinking after all — it's getting taller.

The latest data from NASA shows Antarctica is actually gaining ice mass thanks to snow and instead of driving sea level rise, may actually be slowing it down. (Video via NASA)

The proof, according to NASA, is Antarctica's inland snowfall. Jay Zwally, the agency's lead cryosphere researcher, says, "Our main disagreement is for east Antarctica and the interior of west Antarctica — there, we see an ice gain that exceeds the losses in the other areas."

This has been Zwally's — and NASA's — position for years.

The problem is sea levels are still rising — though where that water is coming from is still a mystery — and parts of Antarctica are still melting faster than ever. So NASA wants a closer look to better understand exactly how all Antarctica's ice fits into the sea-level picture. (Video via NASA)

The upcoming ICESat 2 mission will be able to track snowpack changes in Antarctica down to the thickness of a pencil. It's scheduled for launch in 2018. (Video via NASA)