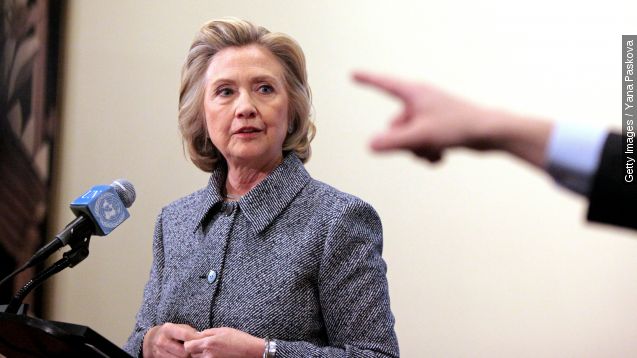 The goal? Recovering the 31,000 emails Clinton deleted because she said they were "too personal."

According to letters released by Wisconsin Sen. Ron Johnson, Platte River Networks — the tech company in charge of managing Clinton's email system — hired Datto Inc. in May 2013 to back up Clinton's email accounts.

Datto will give the FBI a piece of hardware it used to store client data in the hopes of recovering the deleted emails.

Although the strategy seems promising, experts aren't sure if the hardware has the emails that date back that far.

That's partly because Datto worked for Clinton after she was secretary of state. Still, Datto could have backed up emails written before Clinton hired the company.

Both Datto and Platte River are cooperating with the investigation and have Clinton's consent. In August, Platter River handed over its server to the FBI. (Video via Hillary Clinton)

"I'm trying to be as transparent as I possibly can. ... I should have used two accounts," Clinton said.

The Democratic front-runner has turned over thousands of pages of emails to the State Department, but, with the 2016 campaign already underway, Republicans have jumped on the possibility the deleted emails could contain classified information.