Another Setback For Uber As Company Faces Beijing Crackdown 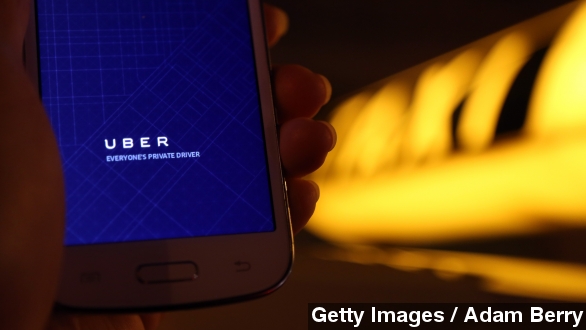 Taxi services like Uber are facing a crackdown in Beijing.

The crackdown reportedly began Jan. 1, and drivers face a fine of more than $3,000.

This could be a result of lobbying from the city's licensed taxi companies who have their prices capped by the government.

The Chinese government said the taxi apps discriminate against older people who do not have smartphones and that they're a safety hazard since the car drivers can be distracted by their phones while looking to pick up their passenger.

According to the state-run Beijing Youth Daily, "This is the first time that Beijing has publicly affirmed that private cars operating via taxi apps is considered an act of illegal operation."

Beijing police are expected to start watching typical pick-up spots like train stations and airports. Global Times reports a driver already faced this penalty and had his car taken away by authorities Tuesday.

Four other Chinese cities have already cracked down on new-age taxi services.

And Uber has been banned in New Delhi, Berlin, Thailand, the Netherlands and Spain for either safety or competition concerns.