Another Round? British Pubs Get Later Hours For Queen's 90th Birthday 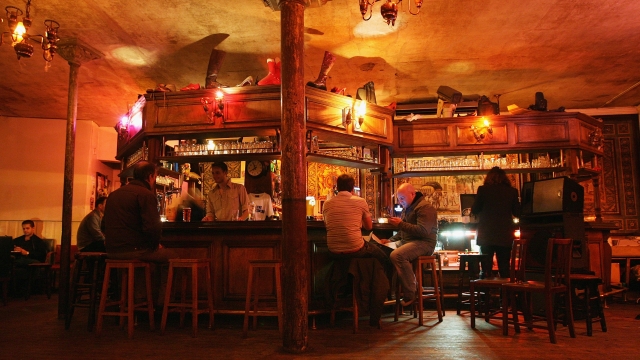 For Queen Elizabeth’s 90th birthday, everyone in England and Wales is getting a present or at least everyone of drinking age.

The queen was actually born in April, but British rulers have their real birthdays as well as official birthdays. Those are celebrated during summer, so there’s a better chance of good weather for the birthday parade.

Most British pubs close at 11 p.m. but are sometimes granted nationwide extensions in celebration of special events, like Prince William’s wedding or the World Cup.

And it just so happens soccer fans will have more matches to watch during the queen’s birthday weekend. The national teams for both England and Wales will have their first match of the European championship on June 11.

And since both sides are likely to win, pub-goers in England and Wales should have plenty to celebrate that weekend. Let's just hope they do it responsibly.

This video includes clips from The British Monarchy and images from Getty Images.